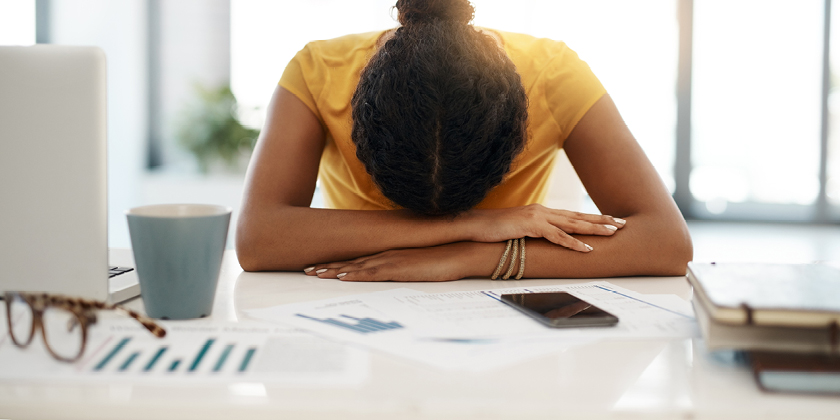 Checklist - Are your employees at the end of their rope?

Have any of your employees become disconnected or less productive than usual?

If so, it might be a sign that they’re at the end of their rope. And frustrated employees are unhappy employees — which isn’t good for productivity or workplace morale. But what are some of their top frustrations — and what can you do about the situation?

Frustration checklist
Employees aren’t likely to tell you they’re frustrated — unless you ask them directly. Nevertheless, there are several clear signs that can indicate they’re unhappy or unfulfilled, according to Ben Brearley in the article “Dealing with frustrated employees” for Medium:

Frustrated employees may also develop problems with coworkers and withdraw from social interactions in the workplace.

Top frustrations
Although exactly what frustrates employees can differ from person to person, there are some common sources of frustration:

What you can do
If you think one of your employees is reaching the end of his or her rope, set up a time to have a conversation with him or her to determine the source of the frustration. Then discuss what would be an acceptable and realistic solution and put together a plan to work towards that solution. Remember to check in periodically to measure progress and find out how the employee is doing.