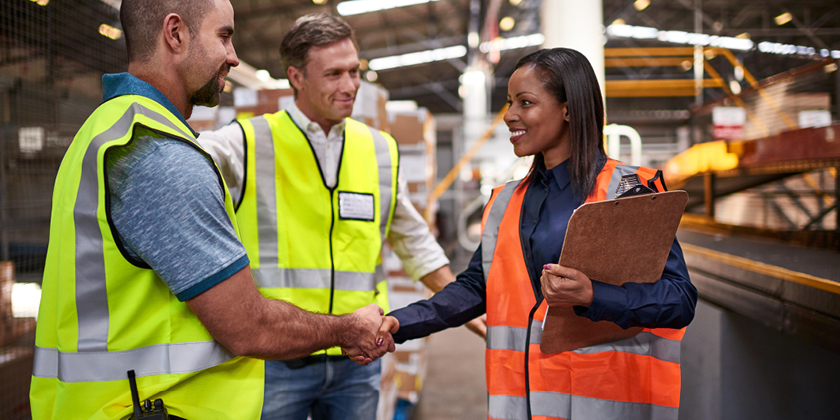 Why Manufacturing Is a Smart Career Choice

When it comes to choosing a career, manufacturing has traditionally had a bad rap. Previous generations knew it as a sector with poor working conditions, few career opportunities, and a high risk of being laid off due to cuts, automation, or both.

While this might have been true 15 or 20 years ago, manufacturing today isn’t anything like it used to be.

Skills shortages are anticipated in Canada
According to Canadian Manufacturers & Exporters (CME), the manufacturing sector directly employs 1.7 million people in Canada, in roles that include general labour, skilled trades, management and sales and service.

The organization’s Industrie 2030 report found that a key concern for the sector is an anticipated skills shortage. Almost 40 percent of Canadian manufacturers are experiencing a labour shortage today, while nearly 60 percent anticipate a shortage within the next five years – mainly due to factors such an inability to attract new workers to the skilled trades, and an aging workforce.

An earlier report, The Future of the Manufacturing Labour Force in Canada, described the sector’s challenges in recruiting for positions such as machinists, industrial electricians, construction millwrights and more. Added to these challenges is the prospect that a significant share of its workforce will reach retirement age in less than ten years – over 20 percent were aged 54 or older as of 2014.

Manufacturing is increasingly high tech
Manufacturing is a broad sector that encompasses everything from the mass production of power trains for vehicles to making small batches of specialized medical equipment. And due to new and emerging technologies like 3D printing and robotics, many manufacturing workplaces are fast-paced, innovative settings that are quick to adopt the most cutting-edge high tech developments.

There’s a need for workers at all levels – from entry-level trade workers to experienced engineers – to fill positions in the production process. In addition, manufacturers also need marketing, customer support, and administrative personnel.

Good salaries
When it comes to salaries, you might be in for a pleasant surprise. In the article “So, how much are we earning? The average Canadian salaries by industry and region” Workopolis reports that the average manufacturing worker in Canada makes $56,446 per year – almost 13 percent more than the average wage for all Canadian employees.

Those in the skilled trades may see even higher wages. For example, the CME reported that millwrights make an average wage of $26-$28 per hour, while a manufacturing technologist makes $64,603 per year. Because it’s so challenging for employers to find employees with the right skills, those amounts could increase in the coming years.

It’s also important to understand that manufacturing employers typically prefer long-term employees over short-term workers. With that in mind, it’s likely that a growing number of companies will offer career development support and other perks as a part of their employment packages.

In short, manufacturing has a lot to offer: exciting and innovative work, numerous job opportunities, good salaries, and room for development. If you’re looking for a career with potential, a job in manufacturing might be right for you!