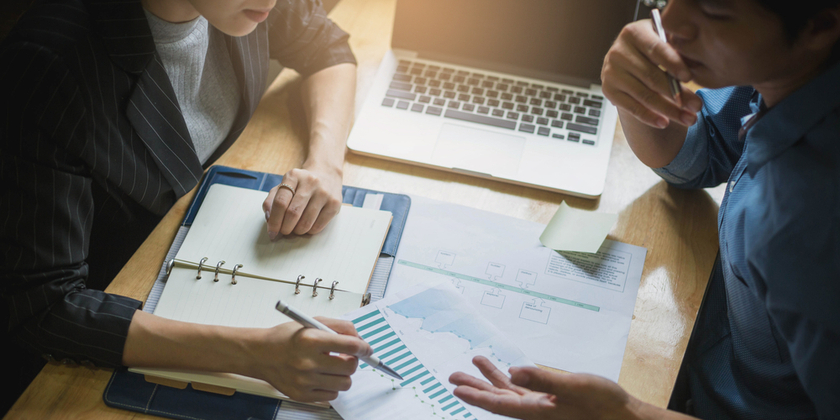 How to Give Feedback to Your Employees

Feedback. Comments. Constructive criticism. Whatever you call it, when you have to tell an employee that his or her work isn’t up to par, it’s often an uncomfortable feeling for both parties. In these types of situations, employees often feel chastised — especially if they’ve given the assignment their best efforts — and if you’re like most of us, you don’t enjoy making people feel bad about themselves. Yet for a long time, it’s been common practice for managers to have to candidly inform employees what they did or didn’t like about their performance. But did you know there’s a better — and more effective — to help your people improve?

What the research indicates
According to recent research, simply pointing out employees’ errors or shortcomings and telling them how to improve isn’t conducive to learning. In fact, it’s counterproductive.

In an experiment described by Marcus Buckingham and Ashley Goodall in their Harvard Business Review article titled “The Feedback Fallacy,” two groups of students were studied while hooked up to a magnetic resonance imaging machine.

The first group was asked to think about their homework, the mistakes they were making, and what they needed to do to correct those mistakes. In these students, the emotions they felt as a result of these thoughts activated their sympathetic nervous system. This is the part of the brain that’s responsible for the “fight or flight” response. It only allows you to focus on information that’s critical to survival — and it impairs learning.

The second group was asked to think about their dreams and what steps they needed to take to achieve them. In these students, the parasympathetic nervous system was activated. This provides a sense of wellbeing and cognitive openness. In other words, it puts people in the right frame of mind to assimilate new knowledge.

Applying this knowledge
So what can we learn from this?

The first thing to understand is that pointing out employees’ mistakes prevents them from learning. And the second thing to know is that if you put your employees in a positive mindset, it changes their brain chemistry. They become more open to considering alternative ways of accomplishing things — in other words, they’re better able to learn.

For example, let’s say John wrote a solid, comprehensive report but didn’t footnote all his sources. If you simply tell him, “You didn’t include the footnotes,” he’s likely to shut down or go on the defensive. But if you first say, “I really like how you organized the report and how you presented the statistics,” he’ll get into a positive mindset. At that point, you can state something like, “You could make this report even stronger by adding footnotes for the sources. Would you like me to show you how to do this?” And because he’s in the right mindset to learn, he’s more likely to retain the new information you give him.

Help your employees excel
As a manager, you’re only as good as your team is — and to help your employees improve, you must set the stage for them to learn. By ensuring they don’t feel threatened or chastised, you stand a greater chance of helping them be open to acquiring the skills and knowledge they need to improve and excel.