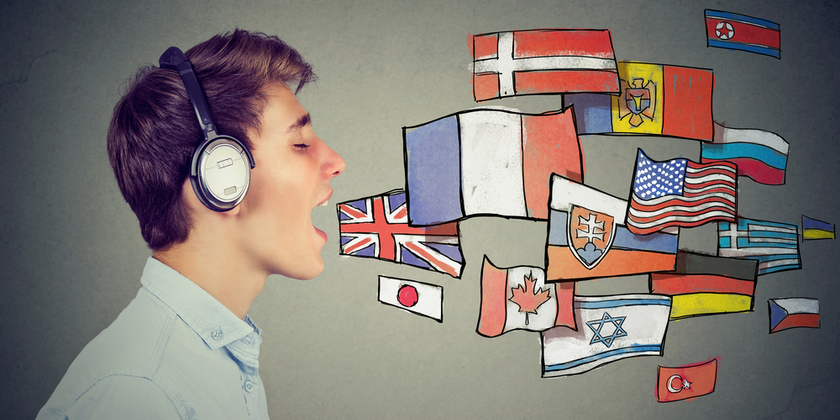 How Learning Another Language Can Help You Advance

Have you always wanted to learn how to speak Spanish, Chinese or Russian?

If you answered sí, shì, or da respectively, then now’s the time to do so. Increasingly, companies are looking for managers who speak more than one language well — if not fluently. In fact, a quick search on indeed.ca shows 84 managerial jobs that list speaking more than one language as a requirement. Other aggregate job sites have similar results. So why are language skills in such high demand — and which languages are the most sought-after?

This illustrates how a significant portion of the population come from diverse cultural backgrounds that each have their own distinct customs and norms — and language is the framework through which these are expressed. By learning a different language, you can gain more insights into that culture, which in turn can make you more interested in and sensitive to other cultures. And in a diverse, multicultural workplace, being more open to your team’s and colleagues’ frames of reference can give your interpersonal skills a significant boost. It can also encourage contributions from your people, as they’re more likely to feel confident — and their contributions are invaluable when it comes to ramping up your team’s innovative capabilities.

Second, the business world is becoming increasingly global. Even companies that don’t have overseas offices often collaborate with partners in different countries. When you’re able to communicate with people in their own language, it goes a long way to making that collaboration and any negotiations smoother and more effective.

Most sought-after business languages
There are some languages that are in more demand than others. In her Digital Doughnut article titled “The Top 10 High Demand Business Languages,” Inês Pimentel lists — besides English — Chinese, Spanish, Arabic, German, Portuguese, Russian, French, Japanese and Hindi as the most sought-after business languages. Of course, the language that will benefit you most in your career depends on your profession and area of expertise.

It’s true that learning a new language can be challenging and time consuming. However, when you apply yourself properly, you’ll soon notice progress. And when you’ve finally mastered that new language, it means you’ll not only be of more use to your company — you’ll also be able to grow your network and have access to opportunities that would otherwise be out of your reach.